Herman has a ability to split himself into 3 and each alias has one element that they can produce, Also it was reveal in Episode 9 that each alias has potential to upgrade their powers and make it more powerful and useful. The worst part of this power is when Herman stays on split mode like Herman will not combine himself for a while and aliases is too far from each other, Herman will start to forget this, since Herman is just 1 Jewelpet and 1 Person, he could lost his memory from this. Okay, this power has limit, He can only not combine himself for 3 hours and not too far than 5 kilometres.

Rossa told told him to use his powerful force.

Lollip commanded Herman to deliver 3 boxes of cake onto Jasper, Prase and Luna but instead on delivering one by one, Herman split himself into 3, scene it's only three locations and not too near has not did they expected. But while Rossa is with Earth Herman he is noticing changes on Herman, Herman only do 15% mistake everyday, but in this episode Herman do 42% mistake this is means that Herman starting to lost his memories, Drinking Memo+ gold is not the answer on this situations. This case got worst when Lightning Herman was kidnapped by Prince Ryan.

When Lightning Herman shows up to Rossa and everybody, he is now Thunderbolt Herman. in this episode, he state himself as Kandadado, but after everybody and his aliases except Lollip was defeated, Prince Ryan use him to kill and force Lollip to tell Prince Ryan how to go to Jewel Land, but when Rossa remind to him that she loves Herman, Thunderbolt Herman feel something hidden from his brain, Now after that Herman remembered everything. 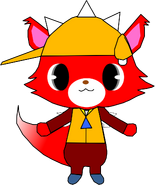 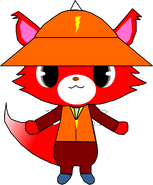 Lightning Herman
Add a photo to this gallery 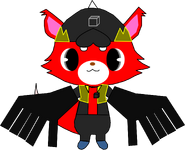 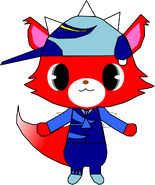 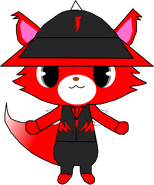 Lightning Herman's upgraded version
Add a photo to this gallery
Retrieved from "https://new-jewelpet-candado.fandom.com/wiki/Herman%27s_aliases?oldid=4748"
Community content is available under CC-BY-SA unless otherwise noted.